To what extent would you go out of your way to save a random animal in distress? Would you call the fire department or animal rescue and then be on your merry way? Or would you go a step further and wait until they arrived and ensured the animal was safe?

One woman went above and beyond even that.

A video that recently went viral depicts one incredible, anonymous woman who truly exceeded all expectations when it comes to saving an animal in distress.

Apparently, the woman and her friend were walking along when they heard tiny, high pitched cries and meows. They looked down and saw a large drain opening. Immediately, they realized there was a kitten trapped in the dark hole.

After taking a look around and realizing there was no other way to help the kitten in despair, the anonymous hero took matters into her own hands. Rather than waiting to call backup, she got down on her hands and knees and crawled right into the storm drain. 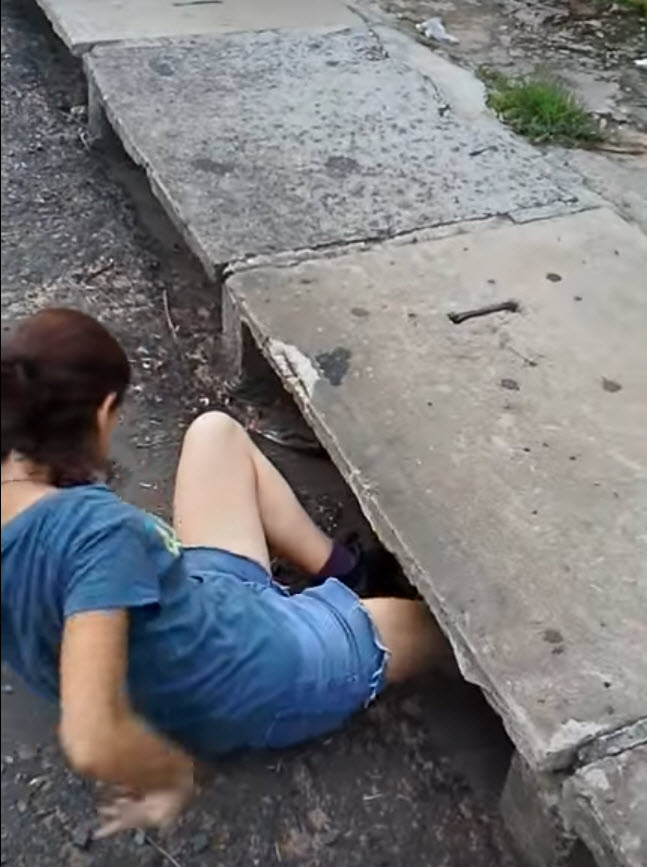 The tiny, dark, cramped, and damp drain probably would have been intimidating to any other person, but not our unsung hero. She put aside her own comfort in order to rescue that baby animal in distress.

Luckily, she was small enough to slip through the opening, grab the kitten, and pass it back up to her friend. She then lifted herself out of the drain and brushed herself off. 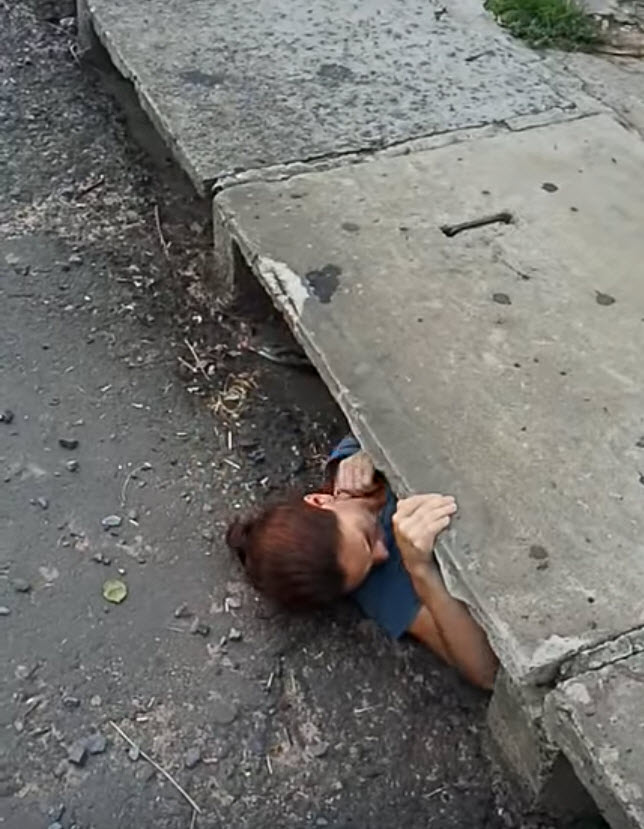 Although the video is now wildly popular, it has proven to be very difficult to locate the original source, leaving the heroic woman completely anonymous.

One international animal rescue organization, the Harmony Fund, shared comments about it on Facebook. They wrote, “We don’t know her name. We don’t know what country she’s in. But we do know that the young woman is one heck of a hero.” 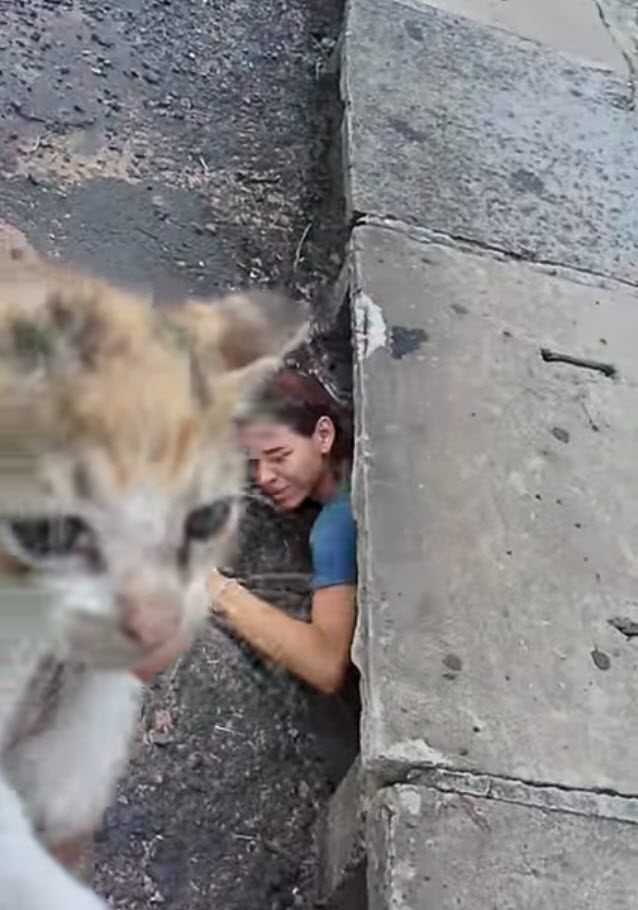 They shared how they would love to learn the woman’s identity to properly thank her for her efforts.

“The difficulty with the internet is that sometimes it’s nearly impossible to trace a piece of content to its origin, but that shouldn’t stop us from celebrating the unsung heroes among us. Maybe, just maybe, this story will find [its] way back to her and if it does, she will be delighted to read all the supportive comments left on our Facebook page by viewers like you,” a representative from the organization said.

Hopefully, this story inspired you to go above and beyond in everything in life, especially when it comes to rescuing our furry, little friends.

If the story of this heroic woman inspired you, please SHARE with a friend.

Dying Firefighter Performs “The Dance” Even Garth Brooks Gets Emotional

Older Sister Writes Song For Little Brother With Down Syndrome, The Lyrics Are So Beautiful

Farmer Sees Girl Alone In Field, When He Gets Closer She Immediately Starts Running Toward Truck

4 Year Old Girl At Check Out With Mom, Then Everyone Stops To Watch Her Crazy Dance Moves

Strange Man Sits Down At Piano In Thrift Store, Then Wows Shoppers When He Starts Playing

When Elderly Man Is Moved To Nursing Home, Family Goes To House And Makes Stunning Discovery

Great Dane Needs A Bath, How He Reacts Is Extremely Clever

This ‘Stomach In A Knot’ Illusion Had Us Scratching Our Heads,...

Orphan Boy Finally Finds Forever Family – Has The Greatest Reaction On Day Of...

Gorilla Harasses Younger Sibling, When Mom Sees She Gives Him A Taste Of His...

Rescuers Can’t Believe Their Eyes When They Find Wiley ‘The Coyote’ Out In The...

Farmer Sees Girl Alone In Field, When He Gets Closer She Immediately Starts Running...

ThisWentBOOM! is a modern digital news company covering information on lifestyle, entertainment, gear, and the news people are raving about.
Contact us: [email protected]

Woman Hears Cry From Storm Drain and Peeks In. Suddenly, She...

Firefighters Rush Into Burning House To Save Woman But Are Shocked...

Passengers See Dog Board Bus Alone–Then Caught Off Guard When They...